The Airbus A380 has officially found a new lease on life as an ultraluxurious private jet.

On Monday, Sparfell Partners announced at the European Business Aviation Convention and Exhibition that it would sell secondhand Airbus superjumbos as head-of-state aircraft.

The Geneva-based firm also announced that it would work with London's Winch Design to create the A380 private jet's opulent interior.

While Sparfell confirmed that the A380s were used, it declined to disclose their source.

According to Flight Global, Sparfell's superjumbos are believed to be the four early-build A380s coming off lease from Singapore Airlines.

Sparfell's ad on Avbuyer.com indicates the planes were built in 2007-08 with Rolls-Royce engines and a seating configuration in line with that of Singapore Airlines. 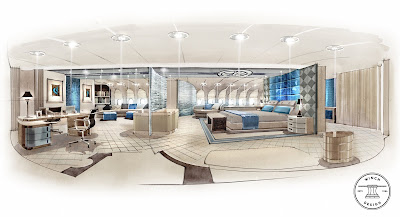 A rendering of the Airbus A380's interior.
(Winch Designs)

Sparfell also declined to say how much it cost to convert the aircraft, but a company representative told Business Insider that the converted A380s would cost less than a comparable new ultra-VIP transport.

The announcement represents the beginning of a new phase for the iconic but slow-selling aircraft. With the earliest-production A380s expected to enter the secondhand market over the next few years, the market for ultraluxe executive jets may be a viable channel for these planes. Until now, most industry observers looked toward high-density, low-cost, long-haul carriers or bargain-hunting mainline carriers as potential secondhand customers. 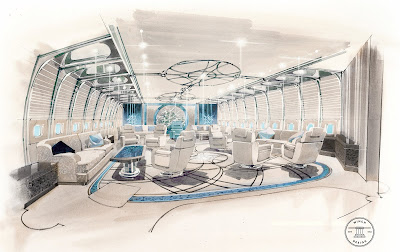 The A380 as a VIP transport is not a new idea. Unfortunately for Airbus, few have been willing to take on the world's largest airliner as a private jet.

In 2007, Saudi Arabia's Prince Alwaleed bin Talal ordered such an aircraft. However, the proposed aircraft never came to fruition, and the order eventually was struck from the Airbus order book. 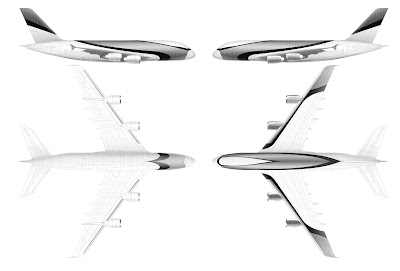 (Benjamin Zhang - Business Insider)
Posted by Michael Carter at 11:53 AM