Boeing has cleared a key hurdle with federal regulators and could soon resume deliveries of its large 787 airliner, which has been plagued by a series of production issues since late 2020, a person familiar with the matter said Saturday.

The Federal Aviation Administration notified Boeing on Friday that it would approve the company’s process for validating fixes to each plane before they are delivered to airline customers, said the person, who spoke on condition of anonymity to discuss a decision that has not been publicly announced.

The FAA declined to comment and referred inquiries to Boeing. In a statement, Boeing said only, “We will continue to work transparently with the FAA and our customers towards resuming 787 deliveries.”

Approval to resume deliveries would be a boost for Boeing, which collects a big chunk of each plane’s purchase price at delivery. Boeing has accumulated a backlog of about 120 undelivered 787s. The plane, which Boeing calls the Dreamliner, lists at $248 million to $338 million depending on size, although airlines pay far less than sticker price.

Issues with the 787 started in 2020 when small gaps were found between panels of the fuselage that are made of carbon composite material. That prompted inspections that turned up problems with a pressurization bulkhead at the front of the plane.

Boeing also had to replace titanium parts including fasteners after it was discovered that the Italian supplier used alloys that did not meet FAA standards.

Boeing has maintained that none of the issues raised immediate safety concerns.

It is not clear how long it will take Boeing to deliver all 120 backlogged planes, which were built at factories in Washington state and South Carolina. Each one will need to be cleared by the FAA.

American Airlines expects to get its first two 787s “in early August” but isn’t including them in the schedule until November, the airline’s chief financial officer, Derek Kerr, said last week on a call to discuss quarterly earnings.

Posted by Michael Carter at 2:59 PM No comments: 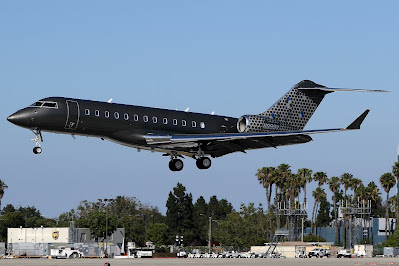 (Photo by Michael Carter / Aero Pacific Images)
Operated by Viant Technology is captured on short final to Rwy 30 at Long Beach Airport (LGB/KLGB) as she arrives from San Diego International Airport (SAN/KSAN) on June 5, 2022.
Posted by Michael Carter at 12:02 AM No comments:

A Delta Air Lines flight from Atlanta blew two tires Tuesday while landing at Los Angeles International Airport but nobody on board was hurt, although two runways at the busy airport were closed for several hours, authorities said.

“We touchdown (maybe a little fast) when all of a sudden POW BAM right landing gear fumbles the bag and we pop 2 tires on the right,” Sara Margarett said in tweets. “Everyone freaks out and we skidded to a stop somewhere between hell and a runway.”

Margarett said they were kept on the plane for an hour before being bused to the terminal.

Two runways were closed for several hours until the plane was removed from a runway.

Posted by Michael Carter at 10:21 PM No comments: 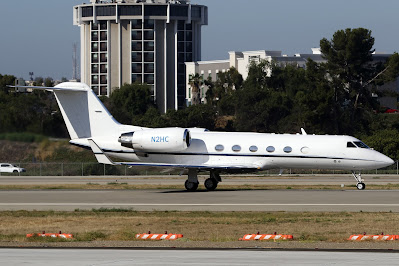 Operated by NXT Jet, this lovely Gulfy is captured rolling for takeoff on Rwy 30 at Long Beach Airport (LGB/KLGB) as "KPO2" destined for Philadelphia International Airport (PHL/KPHL) on June 24, 2022.

Posted by Michael Carter at 12:38 AM No comments: 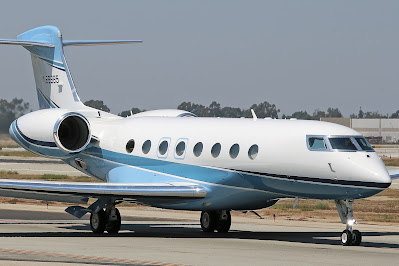 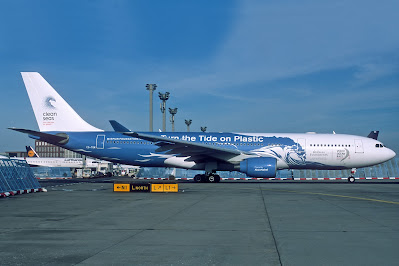 (Photographer Unknown / Date taken Unknown)
(Michael Carter Slide Collection)
Taxies at an unknown airport sporting the special livery, the other side of the aircraft wore the same livery but in dark blue.
First Flight: February 12, 1999 as F-WWKS.
Delivered: March 12, 1999 to Swissair as HB-IQF "Bellinzona"
To Hi Fly July 27, 2012.
WFU October 7, 2019.
Ferried to and STD at (LDE/LFBT) December 30, 2019 and later scrapped on an unknown date in 2020.
Posted by Michael Carter at 4:18 PM No comments: