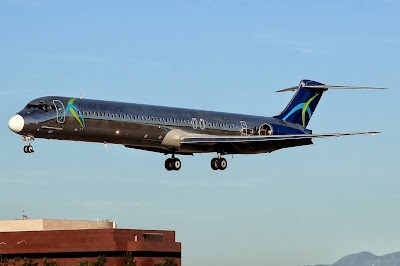 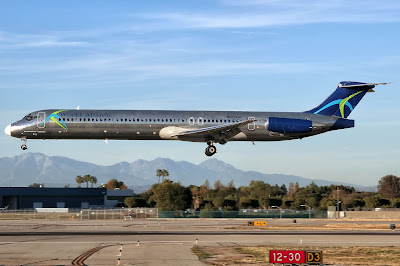 Posted by Michael Carter at 1:00 AM No comments: 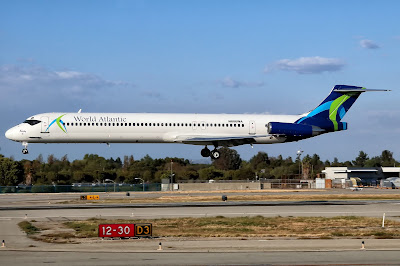 (Photo by Michael Carter / Aero Pacific Images)
Captured on short final to Rwy 30 at Long Beach Airport (LGB/KLGB) as "WL332" arriving from Phoenix Sky Harbor International Airport (PHX/KPHX) on April 27, 2021.
The carrier is bringing in illegal immigrants from Mc Allen Miller International Airport (MFE/KMFE) Mc Allen, Texas and El Paso International (ELP/KELP) El Paso, Texas to be housed at the Long Beach Convention Center in downtown Long Beach.
Another flight arrived this afternoon (April 28) with the same status passengers with at least one more flight scheduled later this week according to sources with the city.
Delivered: September 11, 1991 to American Airlines as N588AA.
WFU and STD at Roswell (ROW/KROW) New Mexico August 10, 2012.
Re-delivered: September 13, 2013 to World Atlantic Airlines as N588AA, re-registered July 2, 2014 as N806WA.
Posted by Michael Carter at 1:16 AM No comments: 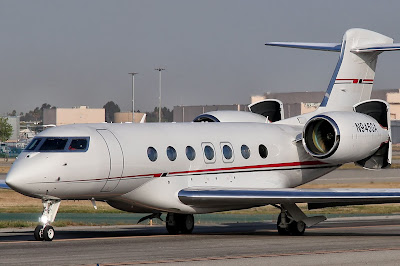 "GLF62" taxies to Rwy 30 for an early morning departure. 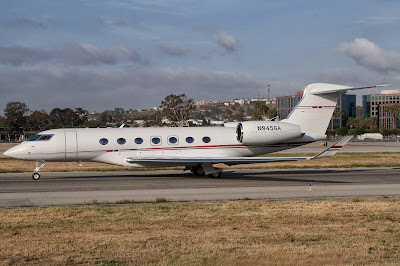 When delivered the aircraft will join the Conoco Phillips fleet. 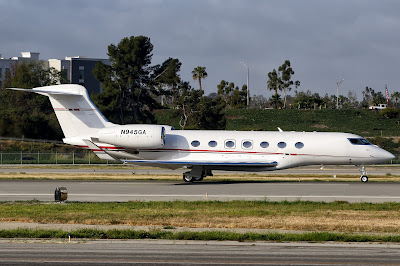 Rolls for takeoff on a simply gorgeous SoCal Morning.

Sadly this is the last brand new Gulfstream to depart from Long Beach Airport (LGB/KLGB) as Gulfstream Aerospace has made the decision to close down its West Coast Completion Center due to the unfavorable business climate here in California. The Gulfstream Service Center will remain open until August or September of this year then will also close moving it's operations to Van Nuys Airport (VNY/KVNY).

Gulfstream joins a long list of companies that have left the airport over the years. Cessna was the first moving its service center to Arizona, McDonnell Douglas / Boeing, jetBlue Airways, Federal Express (FedEx) and Toyota AirFlite FBO.

Posted by Michael Carter at 2:16 PM No comments: 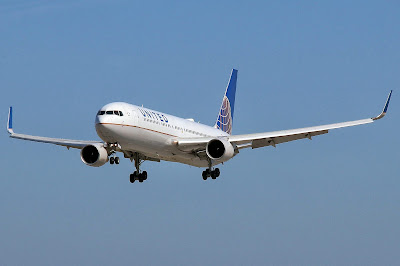 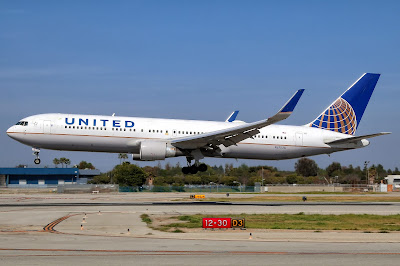 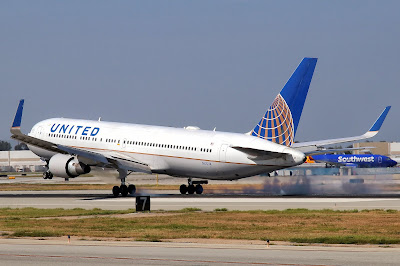 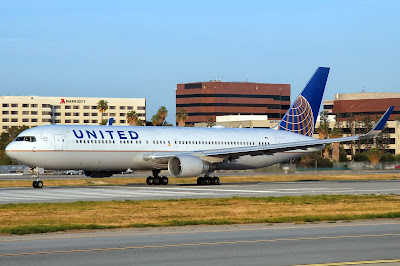 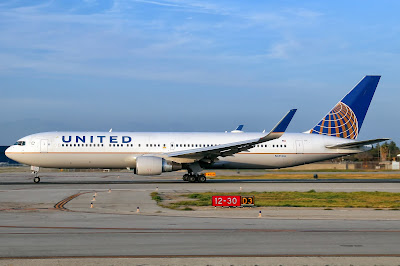 Captured later rolling for takeoff on Rwy 30 as "UA2511" bound for Tampa International Airport (TPA/KTPA) with the California Angels on board.

Posted by Michael Carter at 3:30 PM No comments:

Avelo Airlines, an ultra-low-cost carrier created by a former United Airlines executive, made its debut on Thursday with plans for service between secondary airports on the U.S. West Coast and one-way fares starting at $19.

Backed by $125 million in private equity, Avelo will begin operations from its first base at Hollywood Burbank Airport just outside Los Angeles, with flights starting April 28.

Although travel demand has dropped during the pandemic, the downturn has opened opportunities including gate capacity at Burbank and cheaper aircraft as large carriers scaled back operations globally, Avelo's founder and chief executive, Andrew Levy, told Reuters.

"There's market opportunities that would have been harder for us to tackle a year ago," said Levy, the co-founder and former president of low-cost carrier Allegiant Airlines and chief financial officer of United Airlines.

Avelo will begin with 11 non-stop routes from Burbank and three Boeing 737-800 planes with 189 seats and one-way fares starting at $19. It expects to have at least six airplanes and around 400 employees by the end of year, Levy said.

"Demand is coming back quickly. It's still nowhere near what it used to be so I think in the short term prices will be really low, but we're built for that," he said.

Another U.S. start-up, Breeze Airways based in Salt Lake City and backed by aviation veteran David Neeleman, is preparing to begin low-cost flights on routes it says have been abandoned by larger carriers.