At Jet Aviation, what goes around comes around – if it is a BBJ.

Basel-based Jet Aviation (Booth R134) has just redelivered a Boeing B737 after major refurbishment, but that’s not quite the dog-bites-man news it may seem for a well-known completions contractor. This is not just another BBJ – it is also the very first Boeing Business Jet that the company worked on, way back in 1999.

The low-hours machine had been languishing for some time before its current owner acquired it and commissioned Jet Aviation to undertake the nose-to-tail upgrade in conjunction with a scheduled C-1 maintenance inspection. Achieved without any structural changes, this involved the wood marquetry; all seats, sidewalls and carpets; and entire exterior repainting.

Showing no bias, Jet is also a factory-approved service center for Airbus, Bombardier, Dassault and Gulfstream. It has just completed an ACJ319 and an ACJ330 for Middle Eastern customer with down times of 10 and 14 months, respectively – and a custom-designed BBJ3.

Work is also just starting work on two medevac conversions of Embraers: a Legacy 600 and a 650. 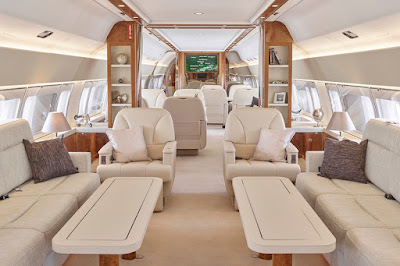