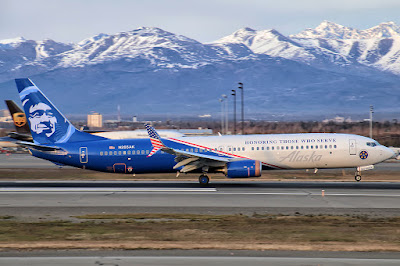 Mexican government approval is pending but expected soon, according to an Alaska statement.

Since merging with Virgin America, Alaska Airlines said it has added 37 new markets to date.

Alaska Airlines, together with Virgin America and its regional partners, flies 40 million passengers a year to 119 destinations with an average of 1,200 daily flights across the US and to Mexico, Canada, Costa Rica and Cuba.


(Linda Blachly - ATWOnline News)
Posted by Michael Carter at 10:11 AM

eToro is the ultimate forex broker for new and professional traders.