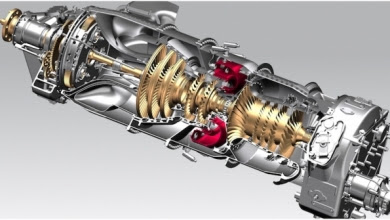 The world’s most “printed engine,” GE’s new Advanced Turboprop in which additive manufacturing replaces 855 normally made parts with just 12 “printed” components, is on track to run for the first time this year. It will power Cessna’s new Denali aircraft.

Interest in the new engine is running high, and GE is in talks with other civil and military airframe manufacturers for the ATP, which GE has designed to offer up to 20% better fuel burn and 10% more power than an equivalent-sized 800 shp to 1,650 shp Pratt & Whitney Canada PT6.

It is, says Mottier, the first clean-sheet design turboprop in its class in more than 30 years – since Honeywell certified the TPE331 in 1965. GE Aviation has committed more than $400 million in development costs, as well as investing more than $1 billion on developing its additive manufacturing capabilities.

“We’ve built all of the additive manufacturing parts, and converted a test cell to run the engine at our turboprop center of excellence in Prague,” Mottier says. Production engines will be assembled and tested in a new factory being built there.

In an industry first for an engine this size, the ATP will feature a single-lever FADEC full authority digital engine control that will manage fuel flow, propeller pitch and speed as well as bleed valves and variable stators within the engine.

The result? Jet-like operability for the pilot, with a single “throttle” lever and built-in limit protections.