Isle of Man Registry Turns 10 With 1,000th Aircraft on the Books 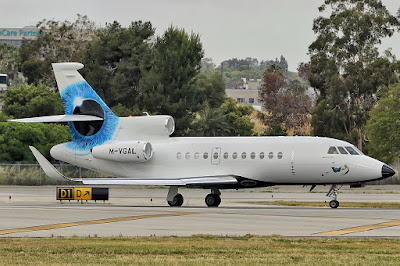 Here at the EBACE show this year, the Isle of Man Aircraft Registry (Booth T50) is celebrating 10 years since it was created. The UK Crown Dependency was a true innovator in providing private aircraft owners with a more convenient registration option, and some other jurisdictions have since tried to follow suit.

Today, the Isle of Man is close to registering its 1,000th aircraft. The registry is under the leadership of director of civil aviation (DCA) Simon Williams, but the credit for its launch back in 2007 goes to Brian Johnson, the former head of the flight operations inspectorate at the UK Civil Aviation Authority. Johnson is now technical director with offshore registration consultancy Estera Aviation (Booth T50), and, ahead of this week’s show, he shared his account of how the registry got started.

In 2005, the Isle of Man government, after many years’ negotiations, had received permission from the UK Department of Transport to establish its own aircraft registry (IOMAR)It hoped the service would provide a new business opportunity for the island's private corporate services sector and be as successful as the existing ship registry, which includes many super yachts. As a contracting state to the International Civil Aviation Organization (ICAO), the UK would be ultimately responsible for IOMAR’s regulatory standards, in the same way the UK is responsible for its overseas territory registries in Bermuda and the Cayman Islands.

The Isle of Man government recruited Johnson from his CAA post at London’s Gatwick Airport to become DCA and oversee the creation of the new registry. As a professional pilot, he had experience flying corporate aircraft.

“I had experience of the industry and new ideas for ways we could improve the registration process and regulatory support for corporate aircraft,” he told AIN. “My mission statement would be ‘safety with service’ and it still is for IOMAR.”

The last new aircraft registry to be established had been started many years previously. In 2006, the offshore registries of Bermuda, the Cayman Islands and Aruba were the major options available to high-net-worth individuals and international businesses.

“Traditionally, most owners registered their aircraft in their home country, but offshore registers offer some unique advantages,” Johnson explained. “They are all customer-focused as they do not have a large home aircraft market. And if you wish to travel the world, particularly in politically sensitive countries, an offshore registration provides total confidentiality and carries no political bias. For pilots with popular ICAO licenses, all offshore registers will validate flight crew licenses to fly their registered aircraft.

Before IOMAR could be established, the Isle of Man government’s legal team had to amend the air navigation order and other associated legislation. While this was being done, Johnson wrote a policies and procedures manual with a view to streamlining the registration process. The new air navigation order took effect on May 1, 2007, and that’s when IOMAR was officially born.

“One requirement that I had always felt could be improved was the reduced vertical separation minimums (RVSM) approval,” Johnson explained. “I organized an airspace specialist to write a standard RVSM manual, which meant as long as the crew had received RVSM training and the aircraft was technically compliant, the day it was registered it could receive an RVSM approval. This saved weeks of writing, reviewing and correcting manuals and ensured accuracy and compliance. We confirmed the manual was always up to date and re-issued when required. Uniquely, we had very quickly raised standards, ensured compliance, and reduced cost and unnecessary workload for our operators. We later added more standard operational approval manuals, always with the aim of improving regulatory safety standards.”

In a stroke of good fortune, Johnson was able to secure the letter “M” as the official registration prefix for the new registry. It turned out that the UK had been allocated M in 1947, after Spain had changed their prefix from M in 1933, to EC for España Civil. “My confidence [on discovering the availability of the prefix] was now growing rapidly as everything was falling perfectly into place. I traveled back to the island [from a meeting in London] thinking of all the registrations we could allocate beginning with M. M-YJET, M-AGIC, M-YWAY were some of the earliest, and the registry is now full of unique registrations chosen by aircraft owners.”

From the outset, the Isle of Man government made it clear that it didn’t want the aircraft registry to be seen as a flag of convenience. Accordingly, Johnson was given a brief to run it on a not-for-profit basis to avoid the impression of a conflict of interest. This meant that registration charges were quite competitive, and by the end of its first year IOMAR had 51 aircraft on its books—well ahead of target.

Three new offshore aircraft registries have been established in the last few years in San Marino, Guernsey and Jersey, but IOMAR is now the world’s sixth largest registry for business aircraft.

If you want your ex-girlfriend or ex-boyfriend to come crawling back to you on their knees (no matter why you broke up) you need to watch this video
right away...

(VIDEO) Have your ex CRAWLING back to you...?