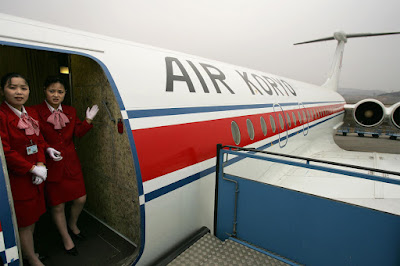 They’re not loving it.

North Korea’s sole airline serves a lone in-flight meal that is almost as bizarre as the Hermit Kingdom itself — a stone-cold burger made with mystery meat and served on a paper doily that many passengers say had them reaching for the barf bag.

The state-run Air Koryo’s signature “Koryo burger” comes on a stale bun, and is topped with processed cheese, a sad sprinkling of cabbage or a lone lettuce leaf and a runny sauce that is as mysterious as the patty, according to those who’d sampled it.

“An equally mysterious thin red sauce, which appeared when the meat was squeezed but was thankfully far too watery to be blood, added to the sense of confusion that was intensified by the bizarre war-themed propaganda films on the TV screens,” said writer Jamie Fullerton in a review for Vice.

Koryo is ranked as the world’s worst airline by review site Skytrax, where users also often weigh in on the room-temperature snack.

“The food was a burger with a mystery meat inside which was not very nice and I did not finish in,” Englishman Alistair Baker wrote.

But Fullerton describes the “fridge-cold” snack as bland rather than bad.

“I, too, did not finish my Koryo Burger — but this was largely due to chewy blandness rather than revulsion,” he wrote.

And the secretive sandwich does have its fans — one Skytrax reviewer said he could’ve polished off several. 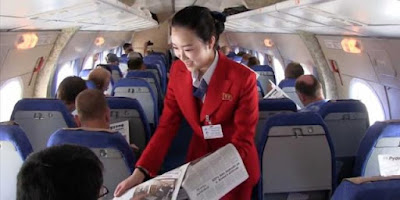 “Their famous Air Koryo burger was a very tasty snack and I would have eaten another,” Brit Roger Tilling wrote. “All in all, a very pleasant experience.”

“I think it’s just that North Korea, to tourists, is so inherently sinister and funny at the same time,” he told the Times. “That ‘Oh, my God, it’s a burger!’ — that’d be an absurd reaction on any other airline. But on Air Koryo, it’s a normal thing to do.”