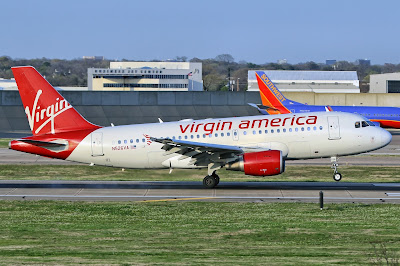 Alaska Air has no interest in giving up Virgin America's gates at overcrowded Love Field in Dallas.

For the past two years, Southwest Airlines and Delta Air Lines have been engaged in a seemingly endless fight over gate space at Love Field, the closest airport to downtown Dallas. The dispute has been making its way through the court system slowly, but it could still be years from being resolved.

Last year, a potential solution appeared when Alaska Air acquired Virgin America, which is the only other commercial airline at Love Field, whereas Alaska Airlines flies to nearby Dallas-Fort Worth International Airport (DFW). It seemed plausible that Alaska would consolidate its Dallas-area operations at DFW, the region's main airport.

However, Alaska Air recently slammed the door on that possibility, as a high-ranking executive revealed that the company has no plans to abandon Love Field.

The long-running dispute between Southwest Airlines and Delta Air Lines stems from an arcane federal law that was originally designed to protect DFW from competition. In its current form, this law restricts Love Field to having just 20 gates -- whereas DFW has 165.

Southwest Airlines has controlled 16 of those gates for many years. In 2015, it subleased two more from United Continental, which decided to stop flying to Love Field. Southwest wanted those gates so as to increase its Love Field schedule to 180 daily departures. That goal requires operating an ambitious 10 flights per day at each gate.

However, Delta Air Lines had been using one of those gates under a short-term lease for its five daily flights to Atlanta. Delta refused to leave, while Southwest said there was no room for it to stay. This situation is what precipitated the ongoing litigation.

It wouldn't be crazy for Alaska Air to give up on Love Field based on this shaky track record. Doing so would potentially allow Southwest Airlines to keep its 18 gates while enabling Delta to take over the current Virgin America gates and add flights at Love Field, which it has wanted to do for several years.

However, in a recent interview with Bloomberg, Alaska Air President Ben Minicucci said: "We're keeping both for sure. We love Love Field." However, he acknowledged that the company might change its route offerings at Love Field.

Given that Alaska is staying at Love Field, it will probably want to start flying to Seattle and Portland, its two largest hubs. At some point, it could also add additional flights to San Francisco and Los Angeles and perhaps start service to San Diego, another California city where it has been steadily growing.

By contrast, Virgin America's routes from Love Field to Las Vegas, New York's LaGuardia Airport, and Washington, D.C.'s Reagan National Airport could be on the chopping block. Alaska Airlines and Virgin America don't have a particularly strong presence in any of these cities.

Virgin America has had a particularly tough time getting reasonable fares on the route to Washington, D.C. Furthermore, takeoff and landing slots at LaGuardia Airport and Reagan Airport are very valuable, so if the routes to Love Field aren't working, Alaska ought to find a better use for those slots.

The battle goes on

Flights to Love Field could be a key weapon for Alaska Air as it pursues its goal of becoming the premier airline for people on the West Coast. With more flights between Dallas and major West Coast cities on tap, it's unlikely that Alaska will ever be able to accommodate Delta at its two Love Field gates.

That means Southwest Airlines and Delta Air Lines will keep slugging it out in court for the foreseeable future. The outcome will determine whether Southwest must continue to make room for Delta at Love Field.

Did you know you can create short urls with AdFly and get dollars for every click on your short links.