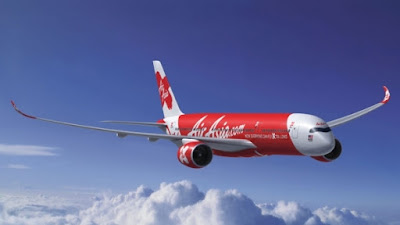 Long-haul, low-cost carrier (LCC) AirAsia X has approached Airbus to see if it can bring forward its A350 deliveries, as it looks to reinstate flights to Europe and add services to the US.

“We will probably try to advance the A350s,” AirAsia X CEO Benyamin Ismail told ATW during an exclusive interview at the Aircraft Interiors Expo (AIX) in Hamburg.

“Something we are looking at for the group [strategic] direction is to go back to Europe and even to the US. Since we have got the [A350] orders locked up further back, we are just asking Airbus if there is any possible of doing that advance. We are trying to analyze that, so if it happens, it would be great.”

AirAsia X has 10 A350s on order, scheduled to start arriving in 2018. The company wants to go back to Europe “as fast as we can,” Ismail said.

In March 2012, AirAsia X axed its 6X-weekly London Gatwick and 4X-weekly Paris Orly services, because of the European Union Emissions Trading Scheme and escalating air passenger duty taxes. The changes were part of a restructure to move operations from loss-making routes to focus on more profitable regional routes. Instead the airline chose to focus on services in Australasia, China, Taiwan, Japan and Korea.

AirAsia X is also preparing to take its first A330neos, with the initial aircraft scheduled to join its fleet in the fourth quarter of 2017.

“We are getting there. We are already sitting down with Airbus and discussing cabin interiors and all that stuff. It looks like we are on schedule for a fourth quarter launch with the A330neos,” Ismail said.


(Victoria Moores - ATWOnline News)
Posted by Michael Carter at 8:41 AM