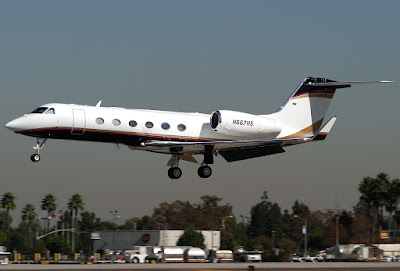 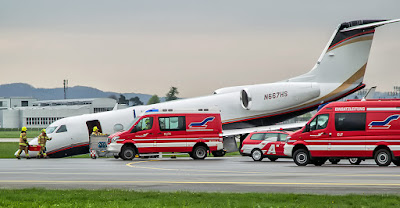 The nose undercarriage of H & S Ventures LLC Gulfstream G450 (c/n 4131) N667HS built in 2008 collapsed on April 11, 2017 shortly after it returned to Salzburg (SZG/LOWS), Austria for a precautionary landing. There were no reported injuries to the two crew and two passengers on board. The aircraft had taken off from Salzburg at 1012L en route to Bangor, Maine but there was then a fault indication (undercarriage?) and the pilot elected to return. A safe landing was made and the aircraft cleared the runway but, shortly after stopping on a taxiway, the nose undercarriage collapsed.


(FlightGlobal)
Posted by Michael Carter at 10:08 AM