JetBlue Plans to Expand Mint Service as Demand Shoots Up 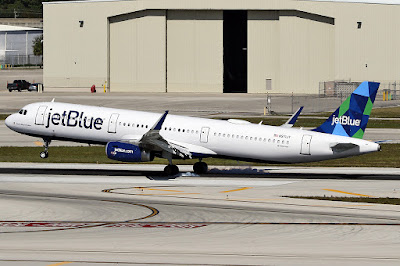 JetBlue Airways Corp. plans to expand its premium service offering, Mint, in the east and west coast markets where customers have limited choice and other airline players sell dated business class options at a high cost. The move is aimed to meet the surge in demand.

JetBlue intends to launch the Mint service on one daily flight connecting JFK and SAN on Aug 15. The second Mint roundtrip on the same route will be operational from Oct 10. Similarly, the service on the BOS-SAN route will be initiated on Dec 10 while the second flight (equipped with the service) will be added on Dec 20. One JFK-LAS roundtrip flight will get the service activated on Nov 6, followed by a second flight starting Nov 10. The seasonal flights between Boston and St. Maarten will be available on Saturday starting this November to next April.

Last year, JetBlue introduced Mint on BOS-LAS flights. However, escalating demand has encouraged the carrier to plan a fourth flight starting Oct 20. In the Caribbean, JetBlue will add a second Saturday Mint roundtrip from JFK to Barbados, with effect from Nov 4. This will be in addition to its existing year-round Saturday Mint service. JetBlue will also be adding additional Mint flights on peak travel days between New York and St. Maarten. During Christmas festivities and on the Saturdays before and after Thanksgiving, a second roundtrip will also be made available.

The carrier will also revive the seasonal Mint service from JFK to Aruba beginning Sep 9, to St. Maarten from Nov 4 and to St. Lucia’s Hewanorra International Airport (UVF) and Grenada’s Maurice Bishop International Airport (GND) starting Dec 2. Seasonal Mint flights between Boston and Barbados will start operating from Nov 4. Also, flights between Boston and Aruba will start from Sep 9. Mint service to Seattle is soon to be introduced as well, the date for which is yet to be announced.

With this widespread addition of Mint flights, the airline’s premium service is expected to grow to around 70 daily flights by the end of the year. By this December, approximately one in every 14 JetBlue flight will offer Mint.

Shares of JetBlue have performed well of late, outperforming the Zacks categorized Transportation-Airline industry over the last one month. The stock has gained 5.62% as against the industry’s loss of 1.9%. 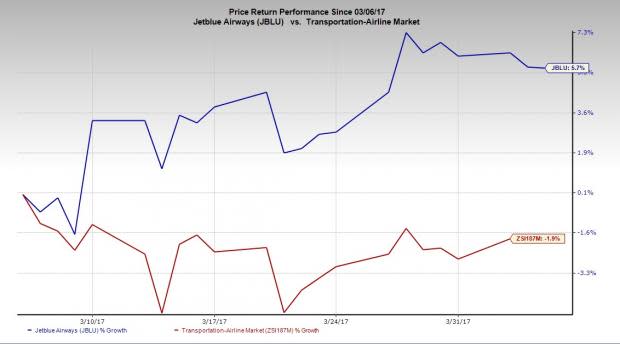 The expansion of its popular Mint service is expected to further boost the stock.

(Zacks Equity Research - Zacks)
Posted by Michael Carter at 8:01 AM

It's been said that every bettor must watch this,

eToro is the most recommended forex trading platform for new and professional traders.