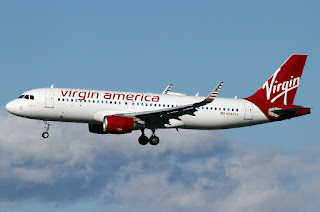 Virgin America expects the US Department of Transportation (DOT) to approve its recent petition to remove the limit governing how many aircraft the carrier can fly. As it has grown, Virgin America has steadily persuaded the government to add to its fleet size limit, which started in 2007 at 22 aircraft, so it has never had trouble adding aircraft to its fleet.


But now that the carrier is a public company with a “strong, healthy balance sheet,” it is asking the government to remove that requirement entirely, spokesman Dave Arnold said.
Virgin America first made the request on Sept. 4, 2015, and in December filed a supplemental application at the department’s request. The supplement included information on the airline’s ownership structure, as well as a list of pending litigation involving the carrier and its major investors. The airline told the government nearly 80% of its voting shares are held by US interests.
“We certainly expect that they’ll approve the application,” Arnold said, though he said he did not know when the DOT might act. He said DOT eventually removes restrictions from most airlines once they are on solid financial footing.
Virgin America’s initial petition noted that the DOT usually monitors airlines for about five years before removing restrictions to ensure that they have safe, reliable operations and do not grow too quickly.
“Virgin America has been operating for nearly eight years and continues to be fit, willing and able to provide scheduled service,” the company said. “The present restriction is no longer necessary given Virgin America’s track record of successful operations.”
Virgin America ended 2015 with 58 Airbus A320-family aircraft. It will add five more in 2016 and recently said it plans to lease 10 new A321neos with deliveries in 2017 and 2018.
(Brian Sumers - ATWOnline News)
Posted by Michael Carter at 8:23 AM