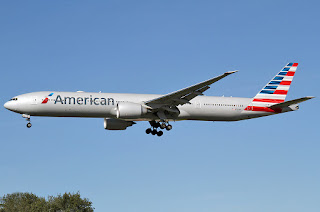 
Boeing will be dialing back production of its workhorse 777 wide-body jet in 2017 from the current record 8.3 planes per month to seven.
The long-anticipated move – which for years Boeing executives have said they could avoid until the new 777X enters production in 2020 – is still less severe than the cut to five monthly some analysts had predicted.
Boeing CEO Dennis Muilenburg announced the reduction of Everett's production Wednesday morning during the company’s fourth-quarter earnings call.
In a statement immediately following the call, Boeing said the slowdown will result in job cuts, but declined to say by how many.
“As a result of the rate change, we expect some impact on employment and will do our best to mitigate that by placing employees in other jobs across Boeing,” the statement said. “We are still studying how many roles may be impacted.”
While the 777 line will see cuts, the Renton-based 737 is ramping up, so some Boeing workers may be transferred there.
During his comments Muilenburg said production for current model 777s is “sold out” for 2016, and the order book is 80 percent filled for 2017 at the rate of seven planes per month.
“We feel good about customer demand to fill the remaining slots, given the airplane’s unique and recognized value proposition,” he said.
But the market is more dubious about this and other long-term Boeing prospects, and Boeing stock plunged nearly 9 percent Wednesday, to a two-year low of $116.58 at market close.
The problem for Boeing has been finding buyers for the older 777s, while at the same time winning orders for the new re-engined 777X. The problems has been heightened by a wave of used 777s coming off lease and entering the market, giving customers good deals on similar aircraft.
The first 777X aircraft won’t be delivered until 2020, and even then production will initially be slow, as Boeing learns how to build and incorporate the new wings.
Muilenburg expressed confidence about order prospects for the 777X during the call. The model, with new carbon composite wings as well as new engines, will be more fuel efficient than the current 777.
“Demand also remains strong for the 777X with a backlog of 306 aircraft, from six customers,” he said.
Of the current 524 model 777s on order, 58 percent are for 777X models.
The difficulty Boeing has had in bridging the gap between new models and old has been exacerbated by the recent trend toward re-engining current models.
Boeing has been trying to increase demand for the current 777-300ER model, and the 777F freighter, with many tweaks.
“We want to be sure we have a product people want to buy as we transition to 777X,” said Elizabeth Lund, vice president and 777 program manager, during briefings before the Paris Air Show last June.
These include streamlining to reduce drag, and a 1,200-pound cut in weight, that are offering customers a 5 percent fuel burn reduction per seat.
(Steve Wilhelm - Puget Sound Business Journal)
Posted by Michael Carter at 5:06 PM