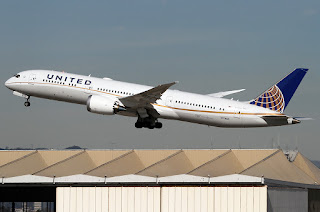 United Airlines pilots have voted to ratify a two-year extension to their labor agreement that pushes the contract through Jan. 31, 2019.

The ratification is a big win for United, which late last year negotiated an amended collective bargaining agreement with its flight deck crew, represented by the Air Line Pilots Association (ALPA), even though the existing contract didn’t expire until Jan. 31, 2017.

ALPA’s United Master Executive Council voted to approve the new deal just before Christmas and sent it to rank-and-file pilots for a ratification vote. ALPA said in a Jan. 22 statement that 90.9% of the 10,569 pilots eligible to vote participated, with 79% casting ballots in favor of the extended, amended contract.

ALPA said in a statement that the accord “provides increases in compensation putting United pilots at the top of the industry, restores pay and vacation value to previously furloughed pilots, and enhances the scheduling rules for long-haul flights.”

United president and CEO Oscar Munoz added, “This extension provides further momentum for United as we work together with the shared purpose of making United the best airline for our employees and customers.” The Chicago-based airline noted the labor deal provides “an extended period of stability for the company and the pilots.”

The ratification came a day after United reported a $4.5 billion net profit, excluding special items, for the full-year 2015. The deal also comes as United moves to shift a portion of its domestic capacity from contracted regional flying to mainline flying; the airline is ordering 40 new Boeing 737-700s toward that purpose.