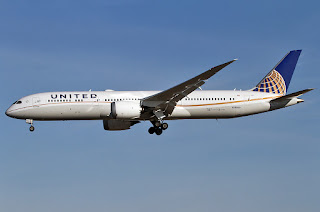 United will fly Boeing Co.’s 787-9 aircraft for the route which starts June 1, the airline said in a statement Thursday. The flight will take about 16 hours 20 minutes to Singapore, saving about four hours of travel time compared with the airline’s current services via Japan’s Narita airport.

The 252-seat flight, the only non-stop service to the U.S. from Singapore, will include 48 United “BusinessFirst” and 88 economy plus seats, with economy making up the rest, United said.

Emirates will overtake Qantas in February in offering the world’s longest direct flight, to Panama City from Dubai, using a Boeing 777-200LR aircraft. The Australian carrier’s Sydney-Dallas route is currently the world’s longest.