Bombardier turns to Caisse for cash 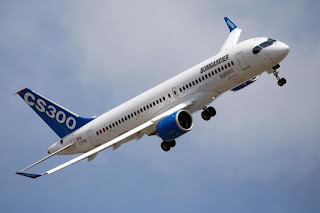 Bombardier is in discussions with the Caisse de depot et placement du Quebec, which manages Quebec's public pension plans, on a deal that could inject more cash into the troubled plane and train maker, according to two sources familiar with the matter.


It was not immediately clear how a potential deal would be structured. One source familiar with the company's thinking said the Caisse, already one of Bombardier's biggest shareholders, was contemplating taking a larger stake in the Montreal-based company.


"It's not a done deal yet," said a source from Canada’s second-largest pension fund.


If it closes a deal with the Caisse, it will be the second surprise financing in less than a year, a humbling turn for one of Quebec's best-known companies.


In February, Bombardier raised C$1.1 billion in equity and $2.25 billion in debt.

At that time, the Caisse bought C$13.3 million worth of Bombardier stock, the Globe and Mail reported in June.

The root of Bombardier's problems is the CSeries, a new medium-range, narrow-body jet that is set to enter service next year, years late and billions over budget. To support it, sources have told Reuters, Bombardier is willing to consider selling stakes in all its business units, not just rail.

A deal with the Caisse could shore up Bombardier's balance sheet relatively quickly, with minimal political fallout or impact on cash flow. By contrast, selling a major asset to a foreign buyer would likely kick off a lengthy government review, and sap it of badly-needed cash flow. A direct government bailout may prove unpopular ahead of an Oct. 19 federal election.

But there is no guarantee Bombardier will close a deal with the Caisse, and the process has been difficult, coming so soon after February's multi-billion dollar debt and equity financing, said one source at the Caisse.

"They lack negotiating power," the Caisse source said of Bombardier. "It's like you lend money to a friend who says everything's fine – only to come back a month later and ask for more money."

A deal with Caisse would likely require some change in the voting rights structure which currently favours Bombardier's founding family, said a second source familiar with the talks.

Bombardier spokeswoman Isabelle Rondeau declined to comment on "speculation or rumours" and reiterated remarks from February, that it is "exploring other initiatives such as possible participation in industry consolidation."

The Quebec government has repeatedly offered to bail out Bombardier - an offer that one banker familiar with the company said sounded like "code" for increased investment by the Caisse.

"The Caisse, unlike any of the other pension funds, has a dual mandate, so it is not only to maximize risk adjusted returns for their beneficiaries, but also to promote the interests of the province of Quebec," said the banker, who spoke on condition of anonymity.


Some investors have exited Bombardier over the last year, as it veered towards penny stock territory, with shares touching C$1.03, their lowest point since 1991.


The stock recovered somewhat after Reuters reported last month that the company had turned down a Chinese offer to buy the rail unit.


But a portfolio manager at one top shareholder remains very concerned.


"There's no single voice for the company. Since the message is not clear, it's an indication that they don't have a plan in place. That's what worries me," said the investor.


Rondeau said Bombardier's "investor relations service is in constant contact with the Street," and pointed to the company's upcoming investor day on November 24 in New York.


(Allison Lampert and Andrea Shalal - Reuters)
Posted by Michael Carter at 10:32 AM