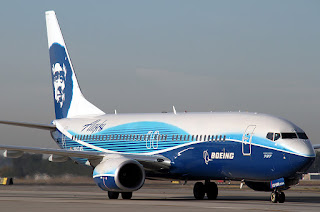 Alaska Airlines is so confident in its baggage delivery system that it became the nation's first major carrier to offer a guarantee to deliver your bag within 20 minutes of reaching the gate.

If the airline fails, you get a $25 credit toward a future flight or 2,500 miles in the airline's reward program.

So, Alaska Airlines Chief Executive Bradley Tilden was visibly embarrassed when he attended an airline summit last week in Washington, D.C. and admitted on stage that Alaska Airlines misplaced his bag during his flight to the summit.

The bag was delivered to him the next day.

And it wasn't the first time. He said the airline misplaced his bag on a flight 25 years earlier.

“The media is here and I'm hoping that you don't write this down and print it,” Tilden said with a smile.