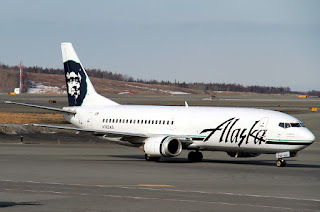 Alaska Airlines is planning more than $50 million in new capital investment in Alaska during the next few years, company executives said during a visit to Fairbanks last week.

CEO Brad Tilden, who came to Fairbanks to speak at an Alaska Chamber meeting on Tuesday, said during a News-Miner editorial board meeting that the projects include expanded freight service, a new hangar in Anchorage and terminal upgrades at some remote airports. Specific details are still being finalized for many of those plans, which are expected to occur during the next 2-3 years.

The most far-reaching change for Alaska Airlines will be the introduction of three additional Boeing 737-700 freighters to its statewide fleet.

The retrofitted passenger planes will replace the airline’s existing Boeing 737-400 combi jets, which are configured to share passenger and cargo duties. Those combi jets will be phased out by 2017, Tilden said.