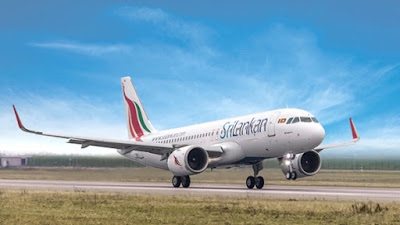 SriLankan Airlines has taken delivery of the first of six Airbus A320/321neo family aircraft, which will be used to expand services to Asia and the Middle East.

The Sri Lankan flag carrier has six Airbus neo family aircraft on order. It will take delivery of its second A320neo in April, two A321neos in the second quarter, one A321neo in the fourth quarter and the final A321neo in the first quarter of 2018.

SriLankan’s A320neo is configured for 150 passengers in a two-class cabin layout with 12 business-class seats and 138 economy-class seats. It is powered by CFM International LEAP-1A engines. The aircraft will deployed on the airline's expanding route network connecting Colombo with destinations in India, Middle East and Far East.

SriLankan Airlines chairman Ajith Dias said: “Our airline realigned its strategic focus during the last quarter of 2016 to capitalize on market opportunities in the rapidly growing travel and tourism industry in Asia, which included the launch of services to 11 new destinations throughout the Indian Ocean and Middle East regions.

The arrival of the A320neo and A321neo aircraft will better align our fleet to this objective, as these aircraft are more suited to our medium-haul operations, while we already possess an excellent fleet of A330 aircraft for our long-haul routes.”