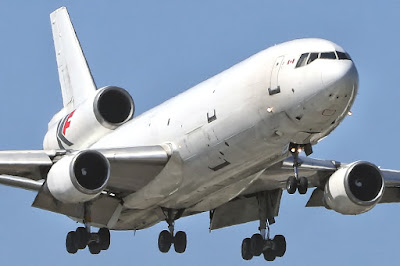 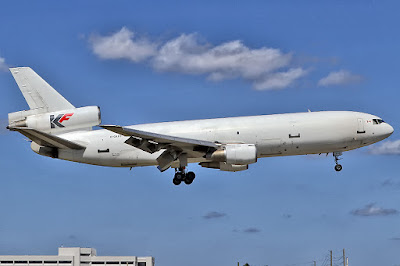 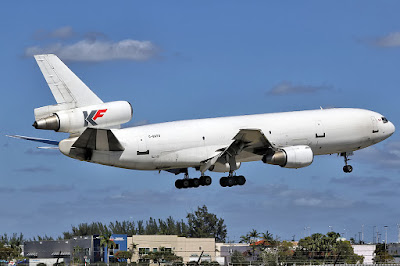 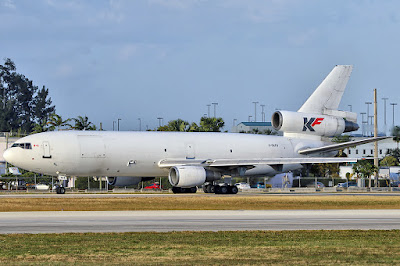 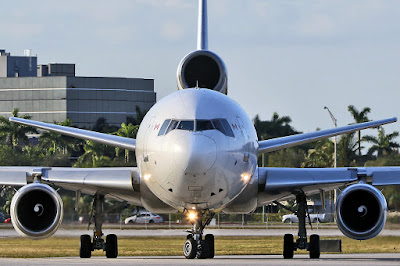 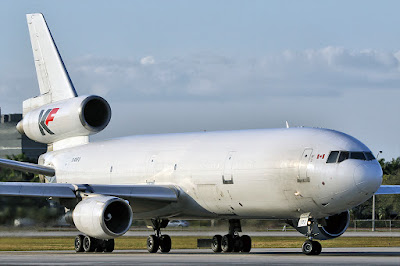 Captured arriving on and departing from Rwy 9 at Miami International Airport (MIA/KMIA) on February 8, 2017.
(Photos by Michael Carter)

The aircraft which wore registration N54644 during pre-delivery test flights from the factory at Long Beach Airport (LGB/KLGB), was delivered to Lufthansa on March 10, 1975 as D-ADJO "Essen." She operated with the carrier until being leased to Sabena on July 14, 1994 with whom she served with for 5 months then returned to Lufthansa on December 19, 1994. On March 22, 1995 the aircraft was transferred to Condor where she finished her carrier serving Lufthansa and it's subsidiaries.

She started a new carrier back in the United States on November 13, 1997 operating for Continental Airlines as N17087 until being withdrawn from service on December 7, 2000.


On October 31, 2001 she was leased to World Airways Cargo as N304WL and converted to a DC-10-30(F). She served with the carrier until February 17, 2010 when she found her way to current Canadian operator Kelowna Flightcraft which keeps this beautiful "DAC Heavy" flying.
Posted by Michael Carter at 10:02 PM