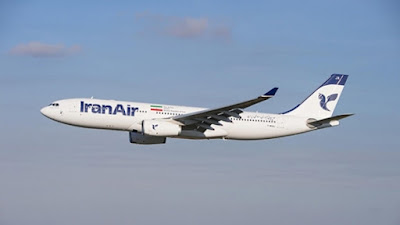 Iran Air has taken delivery of its first Airbus A330-200, as its re-equipment program gathers pace.

The aircraft was handed over to the Iranian flag carrier at Airbus’s final assembly line site at Toulouse, France on March 10.

It was the first wide-body delivery from Iran Air’s historic order for Airbus aircraft—46 A320-family single-aisle models, plus 54 twin-aisles consisting of a mix of A330s and A350s—signed in 2016. The first aircraft from the order, an A321, was delivered in January 2017.

Following the lifting of international sanctions on the Middle Eastern nation in January 2016, the Iranian national carrier also signed orders for 80 Boeing aircraft.

The A330 features a two-class layout, with 32 business- and 206 economy-class seats.