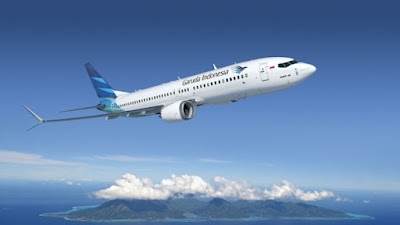 The parent carrier expects to take delivery of its first 737 MAX in November or December, the airline said. Garuda has 50 of the aircraft on firm order and, at least initially, they will be used for fleet growth rather than replacement.

Garuda subsidiary Citilink has already received its first two A320neos this year, and is scheduled to receive a total of five by the end of December. The carrier has 35 on order, with all expected to be delivered by 2021. Citilink currently operates 45 A320ceos.

The Indonesian flag carrier also plans to retire its last two Boeing 747-400s in April, and will hold a farewell celebration for the aircraft. The 747s average 23 years, according to the Aviation Week Intelligence Network fleet database.