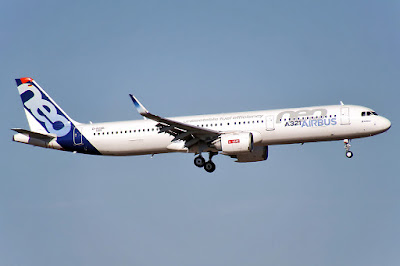 The approvals come following 400 hours of testing during 160 flights, during which program engineers validated the aircraft’s airframe and systems “well beyond” their design limits to meet all airworthiness criteria. The CFM-powered A321 becomes the fourth member of the neo family certified over the past 15 months. Two engine types power the A320neo and A321neo—the CFM Leap-1A and Pratt and Whitney PW1100G geared turbofan.

Airbus, meanwhile, has yet to announce the first operator for either version of the A321neo. The Pratt-powered version made its first flight later than did the CFM Leap-1A-powered model, which flew for the first time on Feb. 9, 2016. Originally planning to fly the PW1100G-powered version first, Airbus switched the flight-test sequence as Pratt worked on a machining problem and software adjustments to address operating restrictions—namely extended start-time intervals—on the smaller A320neo.


The first Airbus A321neo powered by Pratt & Whitney engines completed its maiden flight exactly a month later. Despite the switch in first flight sequence, Airbus still planned to deliver the Pratt-powered A321neo around the new year, just ahead of Leap-powered version in the first quarter. It has yet to deliver either, however, as the company continues to grapple with so-called “maturity issues” involving the PW1100G.

Separately, Airbus has confirmed that it is cooperating with Indian airworthiness authorities on reliability deficiencies involving the PW1000Gs on A320neos flying with IndiGo and GoAir. The Indian DGCA has begun what it has called detailed examination of 21 of the airplanes now in operation with the two airlines following an emergency landing of a GoAir A320neo in early February.

“We are in close contact with our customers in India and are supporting them in their daily operations, while we put all our efforts into working closely with P&W and the DGCA to identify and provide solutions quickly,” said Airbus in a statement.

(Gregory Polek - AINOnline News)
Posted by Michael Carter at 11:24 AM