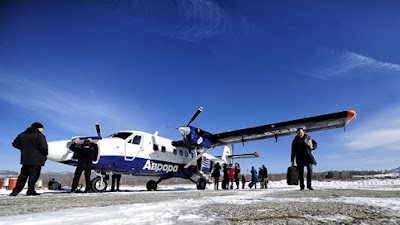 The airline’s commuter routes are subsidized by the regional government. According to an airline statement, passenger numbers in Primorsky Krai grew 24.6% to 25,346 in 2016.