Boeing rolls out first 787-10 with Trump in attendance 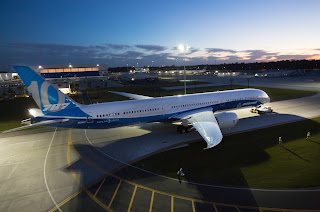 Boeing rolled out the first 787-10, the third and largest Dreamliner variant, from its plant in North Charleston, South Carolina, the exclusive final assembly site for 787-10 aircraft.

More than 5,000 people, many of them Boeing employees, attended a roll-out ceremony featuring a speech by US President Donald Trump.

Trump, who toured the Boeing South Carolina facility with Boeing chairman, president and CEO Dennis Muilenburg prior to the Feb. 17 ceremony, called the 787-10 “one beautiful airplane” and “an amazing piece of art.” 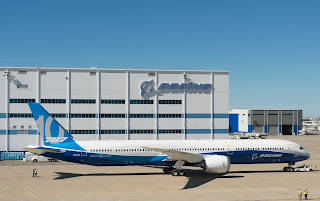 An 18-foot stretch of the 787-9, the 787-10 can seat 330 passengers in a single-class layout. First flight is expected later this year. First deliveries are slated for 2018 to Singapore Airlines and United Airlines.

“I think [Trump] was impressed with what he saw” during the facility tour, Muilenburg said. “This is about manufacturing in the US.”

Trump used his speech to tout US manufacturing. “Our goal as a nation must be to rely less on imports and more on products made right here in the USA,” Trump said with both the 787-10 and Air Force One, a Boeing 747, in the background.

Though 787 final assembly occurs in the US, the aircraft is put together via a vast international supply chain that includes parts manufacturing in Japan, South Korea, France, the UK, Sweden, Italy, Canada and Australia.