Israel Has the World's Safest Airline, and It's About to Get Even Safer

But while we're on the subject, why can't we do that? 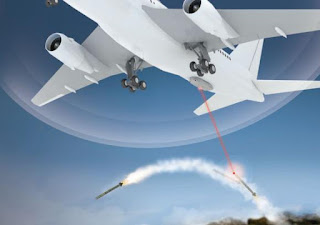 So states the television news magazine 60 Minutes, in an unequivocal endorsement of Israel's national airline.

There are many factors that make El Al the No. 1 airline to fly if you don't want to worry about terrorism -- stringent security measures for all passengers, sky marshals aboard every plane, steel doors securing the cockpit. All of these reduce the risk that terrorists will make mischief inside a plane.

And now, Israel is taking the lead in adding a new level of security to eliminate the risk of having terrorists try to take a plane down from outside.

In 2002, terrorists armed with Russian Strela-2 surface-to-air missiles, or SAMs, attempted to shoot down an Israeli passenger liner taking off from the airport at Mombasa, Kenya. They missed, but Israel isn't trusting to the bad aim of terrorists to keep its planes safe in the future. For years, Israeli defense contractor Elbit Systems has been developing a system of on-plane anti-missile defense that offers affordable protection to any civilian airliner.

Dubbed C-MUSIC, Elbit's system detects and warns a plane's aircrew of an incoming SAM, tracks the missile with a forward-looking infrared camera, and blasts it with a powerful laser to disable the missile -- causing it to detonate at a safe distance. Configured as a "pod" that can be attached to an airplane's fuselage, the entire system measures roughly 9 feet by 2 feet by 2 feet, and weighs about 350 pounds.

Israel has been testing C-MUSIC for several years now, and recently greenlighted the system for deployment. All 38 airplanes in El Al's air fleet with soon be equipped with C-MUSIC. Then, all planes operated by all Israeli airlines.

How much will this cost, and how much could C-MUSIC be worth to Elbit? According to published reports, the system will cost about $3 million per unit. At that price, outfitting all 100-odd civilian airplanes in Israel with C-MUSIC should generate enough revenue to make up 10% of Elbit's annual sales.

Internationally, Elbit's biggest foreign customer is Brazil, which ordered C-MUSIC systems to install aboard its military KC-390 aerial refueling tankers. What would be truly terrific news for Elbit, though, would be signing a major U.S. commercial airline to purchase C-MUSIC. The roughly 1,000 planes in American Airlines fleet, for example, would be worth a year's sales to Elbit, while the 700-odd planes in the Delta or United Continental fleets would be nearly as lucrative.

Winning a U.S. airline customer may be tough for Elbit, though. For one thing, the airlines would be loath to incur the expense of C-MUSIC absent a compelling threat. For another, there's a U.S. defense contractor angling for the same market.

C-MUSIC's rival is the "Guardian" anti-missile system, manufactured by Northrop Grumman. Guardian resembles C-MUSIC in form, function, and price -- except for one detail. While Northrop says its system would cost $3 million per plane to install initially, the company believes that if ordered in scale, efficiencies of production could allow it to push Guardian's price down to $1 million per unit. At that price, American airlines could defray the cost of the system, and provide peace of mind to flyers, for the cost of perhaps $1 extra per ticket.

And the big question: When will Americans get to tune in to C-MUSIC?
That doesn't seem like a high price to pay for peace of mind -- not in an age when travelers routinely fork over $5 to the airlines for an on-board meal that used to be free. Yet to date, no U.S. airlines have expressed interest in equipping planes with either C-MUSIC or Guardian. If you want to fly safe from terrorist missiles, and can't book a flight on El Al, your best bet is to move to Germany, Oman, or Qatar -- and get yourself elected president, sultan, or emir, respectively.

Why? Because all three countries have reportedly ordered the militarized version of Northrop's Guardian system for their heads of state. As for the rest of us, we'll just have to take our chances.

Posted by Michael Carter at 4:36 PM