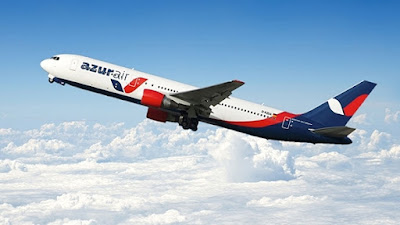 According to its website, Azur Air is stationing three leased 330-seat Boeing 767-300ERs in Düsseldorf, where a maintenance center is also being established. In addition to Düsseldorf, the carrier also plans to launch operations from Berlin and Munich in April.

Azur Air will operate leisure routes that include Mediterranean destinations in Europe and the Canary Islands in Spain. Long-haul flights are also planned at a later date.

The company said it has entered the (German) commercial register and is undergoing licensing by the German Aviation Federal Office (LBA Luftfahrt Bundesamt).

Azur Air said on its website the name is well known in the international aviation industry as its Russian-sister company operates under the same name.

On Feb. 18, 2016, ATW reported that Russia-based Azur Air was created from former UTair Airline subsidiary Katekavia, which was sold in 2015.


(Kurt Hofmann - ATWonline News)
Posted by Michael Carter at 10:36 AM