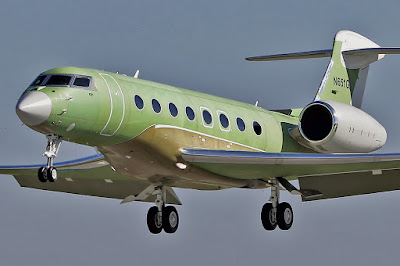 Short final to Rwy 30 as she arrives from the factory in Savannah. 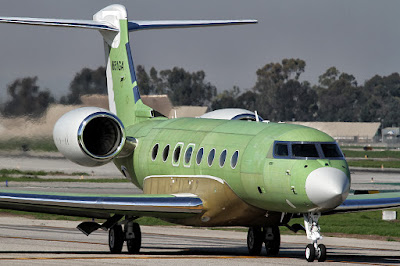 Taxies towards a Rwy 30 departure. 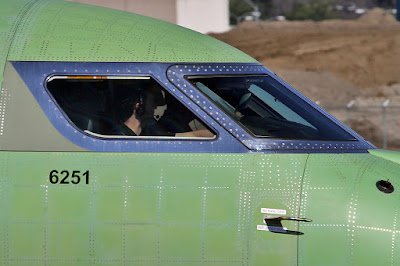 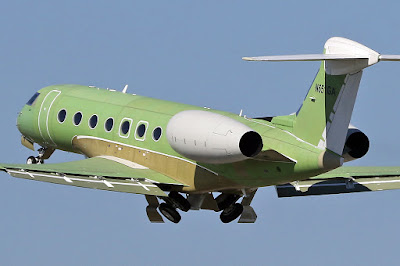 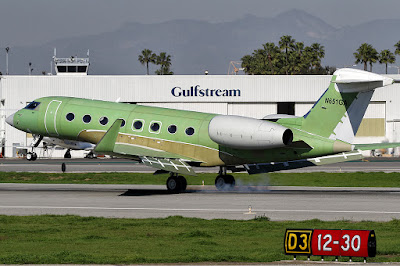 Smoking the mains on Rwy 30! 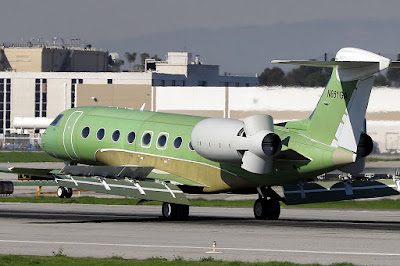 A nice look at the deployed thrust reversers and spoilers. 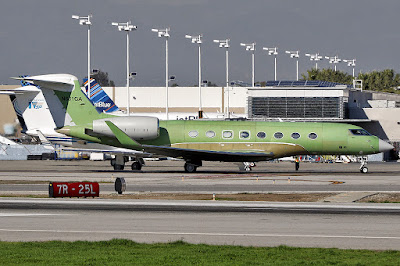 Done for the day, time for a cold beer!

Another new green Gulfstream G650 arrived at Long Beach airport (LGB/KLGB) as "GLF9" from the factory at Savannah-Hilton head International Airport (SAV/KSAV) on January 17, 2017 our first new gulfy this year.

Following her initial arrival, the crew took the aircraft to the mid-field run-up area for about 15 minutes then proceeded to taxi back to Rwy 30 and depart on a short 1 hour flight out over the Pacific. Normally the aircraft go straight to the Gulfstream service center ramp and that's it for the day so this was a special treat for some nice photos.