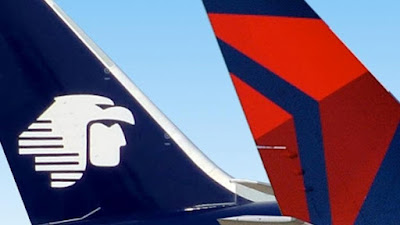 Delta Air Lines and Aeromexico have announced leadership changes as the two carriers move to establish a transborder joint venture (JV) between Mexico and the US.

The move follows the two carriers’ acceptance in December 2016 of conditions demanded by the US Department of Transportation (DOT) in its antitrust immunity ruling before the airlines could move forward with their planned JV.

“These strategic moves are critical to our deepening partnership with Aeromexico and to helping both airlines realize synergies across our operations and commercial entities,” Delta CEO Ed Bastian said. “These leadership moves continue our history … in forging strong cross-border alliances.”

Madeiros will report directly to Aeromexico CEO Andres Conesa. Madeiros joined Delta in 1988, starting as an airport customer service agent in Raleigh-Durham, North Carolina, before rising to VP-New York operations at JFK. He was Delta’s VP-global human resources and talent development prior to being named VP-Seattle.

Ferri will be based in Mexico City and will report to Delta president-international Steve Sear. Ferri will oversee both Delta’s commercial activity in Mexico and the implementation of the Delta/Aeromexico JV. Previously based in São Paulo, Brazil, Ferri has been VP-Latin America and the Caribbean for Delta since 2011. Prior to joining Delta, Ferri was VP-commercial for oneworld alliance.

“We expect that effective early in Q2 we will be able to start our JCA [joint cooperation agreement] with Aeromexico,” Ferri said. “Furthermore, during the second quarter of the year we should complete our tender offer to own up to 49% of the outstanding capital stock of Grupo Aeromexico.”

Delta said new officers in Seattle and for the rest of Latin America will be announced soon.