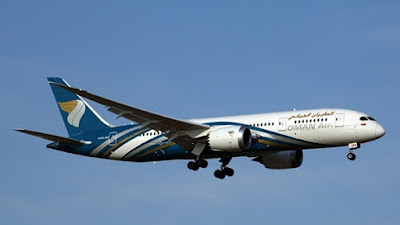 The coming year will see continuing expansion of Oman Air’s fleet and network, as it seeks to increase its input to the Omani economy, the carrier will announce at its annual internal conference.

The conference, which will be held in Muscat Jan. 19, will hear an update on the perennially loss-making carrier’s financial performance for 2016 and will discuss the outlook for 2017.

Oman Air has been regarded by the country’s government as an instrument of the national economy, notably in delivering tourists to the sultanate’s steadily growing tourism industry. It recorded a net loss of RO86 million ($223 million) in 2015, the last full year for which figures are available, but has been slowly reducing its deficit in recent years.

A restructuring program has been underway for some years and the airline is aiming for profitability by the end of 2017.

The contribution from government has shrunk considerably, and faster than anticipated. At 2016’s staff conference, it was announced that the national treasury would underwrite the airline RO40 million; in fact, this year’s conference will hear that that figure in fact dropped to RO20 million.

Lower oil prices have affected government revenues in Oman, as in virtually every other Middle East oil-producing nation.

Meanwhile, the airline’s contribution to the economy has been expanding. Staff will hear that Oman Air contributed RO415 million to Oman’s GDP in 2016, up 6% on 2015. However, in the coming year, that figure will more than double, to RO900 million.

Oman Air faces increasing global competition and pressure from other carriers. However, it plans to continue to grow rapidly, particularly to India, while it will launch new services to Nairobi, Kenya and Manchester, UK.

Three more 737-800s are scheduled to join the fleet this year, as are an unspecified number of 787-9s, while the A330 fleet will undergo refurbishment.

Did you know that you can shorten your links with Shortest and make $$$ for every click on your shortened links.