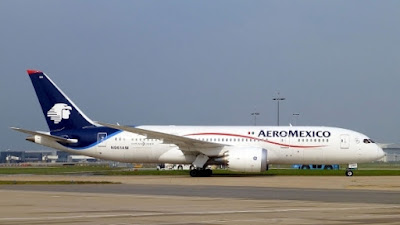 The service will be operated 4X-weekly with a Boeing 787-8. From Mexico City, the aircraft will make a stop in Monterrey, Mexico, before continuing on to Seoul. The flights from Seoul to Mexico City will be nonstop. Seoul will be Aeromexico’s third Asian destination; the Mexico City-based airline currently serves Shanghai and Tokyo.

Aeromexico’s 787-8s are configured to carry 243 passengers, including 32 in business class.

Aeromexico noted that Mexico is South Korea’s top trading partner in Latin America while South Korea is Mexico’s sixth-largest trading partner overall. “Aerial connectivity has a positive impact on tourism flows and is a fundamental axis to maintaining our competitive position in the world,” Mexican tourism minister Enrique de la Madrid Cordero said in a statement.