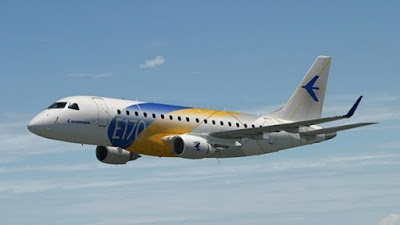 In December 2016, the carrier agreed to lease 17 used Embraer E170s from GE Capital Aviation Services. The first aircraft will be delivered in the spring.

Before the end of the year, S7 will receive all ordered E170LRs. The 76-seat aircraft will be based at Novosibirsk Tolmachevo airport, which is one of the carrier’s main bases along with Moscow Domodedovo.

S7 Group commercial director Igor Veretennikov said Novosibirsk can easily “connect the regions in most efficient way so passengers will spend less time traveling from Ural and West Siberia to Russia’s Far East and Central Asia.” He said currently many travelers must fly via Moscow airports.

S7 Airlines will be the first E170 operator in the country.


(Polina Montag-Girmes - ATWOnline News)
Posted by Michael Carter at 11:19 AM