AirAsia to expand fleet with A320neos 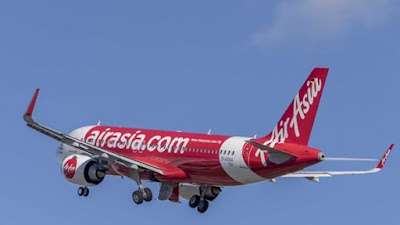 The Malaysia-based AirAsia low-cost carrier (LCC) group will ramp up its fleet growth this year, with many of its new additions consisting of Airbus A320neos for its Malaysian and Thai operations.

AirAsia expects to receive 32 aircraft in 2017. This includes 11 A320neos and six A320ceos delivered from Airbus, and 15 aircraft from third-party lessors that will go to its affiliate carriers, an airline spokesman said.

The group began taking delivery of A320neos in September, and now has five of the type. Three aircraft went to the parent Malaysian operation, while two went to Thai AirAsia. Of the 11 neos being delivered this year, seven are expected to go to the Malaysia-based carrier, and four to the Thai affiliate.

The new additions highlight a return to growth that has been previously signaled by AirAsia group CEO Tony Fernandes. However, the 32 additions for 2017 are significantly more than the growth rate of about 15 aircraft Fernandes forecast six months ago. The Malaysia-based carrier has kept its fleet size relatively flat over the past few years, and the group has deferred some Airbus deliveries.

AirAsia is one of a handful of Asian LCCs that have inflated manufacturers’ order books with agreements to buy hundreds of new narrow-body aircraft. AirAsia has about 400 Airbus A320neos and A321neos on order. A significant number are earmarked for a separate unit that will lease the aircraft to AirAsia affiliates, and possibly third-party operators.

Thai AirAsia has been the most successful, financially, of the group’s offshore affiliates. The Thai carrier plans to add six A320-family aircraft this year, including the four neos, a spokesman for that airline said. It currently has 51 aircraft in its fleet.

The Thai affiliate aimed to carry a total of 17 million passengers in 2016, and it is believed to have exceeded that goal. The target for 2017 is 19.5 million, the spokesman said.


(Adrian Schofield - ATWOnline News)
Posted by Michael Carter at 12:33 AM

Of the 28 new planes the airline will add to its fleet this year, eight will be deployed for Malaysia and the rest for its other operations including those in Japan and India.
Read more at http://www.thestar.com.my/business/business-news/2017/01/09/fernandes-airasia-thrives-on-competition/#t5RDEOSG0KCGeB4H.99

Of the 28 new planes the airline will add to its fleet this year, eight will be deployed for Malaysia and the rest for its other operations including those in Japan and India.
Read more at http://www.thestar.com.my/business/business-news/2017/01/09/fernandes-airasia-thrives-on-competition/#t5RDEOSG0KCGeB4H.99