According to Isom, the new fare class is designed to put American in a better position to compete against the increasing presence of ultra-low-cost carriers.

Unfortunately, buying the cheapest ticket also means you'll have to do without many of the amenities that have traditionally been considered obligatory in modern air travel.

At the top of that list is carry-on luggage. Basic-economy passengers are allowed to bring a personal item on board as long as it fits underneath the seat. However, any luggage that requires overhead bin space has been banned.

It's a policy that echoes United Airlines' basic-economy fare class, which was announced in November. 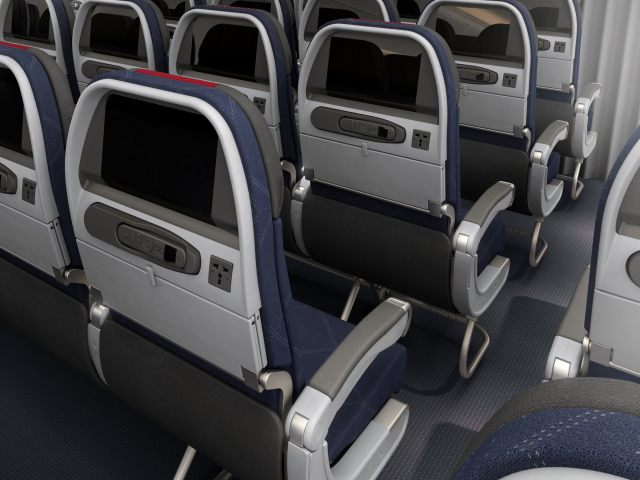 Both airlines recommend basic-economy passengers check their bags at the counter when they arrive at the airport.

According to an American Airlines spokesperson, basic-economy passengers with luggage will be forced to gate-check their bags and pay an additional handling fee. Thus, instead of paying $25 for the first bag at the check-in counter, basic economy passengers will need to fork over at least $50 to gate-check their bags (a bag-check charge plus a $25 gate-handling fee).

United will also charge a gate-check fee plus $25 for handling, an airline spokesperson confirmed to Business Insider.

To avoid confusion, United will allow only passengers who qualify for free carry-on bags or have paid to check baggage to check in online.

Flight attendants will not be tasked with policing the use of overhead bins on board the aircraft, United Airlines President Scott Kirby said during the company's latest earnings call. An American Airlines spokesperson said the same. 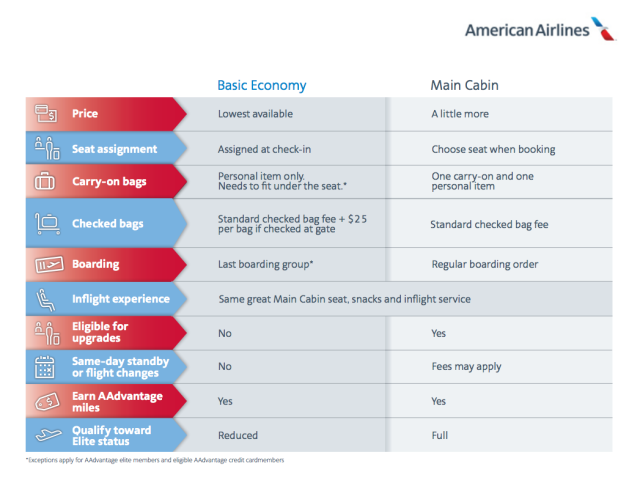 Instead, gate agents and terminal staff members will manage the basic-economy baggage policy.

In addition to having bag restrictions, basic-economy passengers won't get seat assignments until check-in and will be the last allowed to board.

American will begin offering basic-economy fares on February 10, while United's basic economy will begin in the second quarter.

Delta Air Lines' less-restrictive basic economy is already up and running. It allows passengers to bring along carry-on bags, but its restrictions in terms of seat assignments and the boarding procedure are similar to American's and United's.

American, Delta, and United all make it clear that passengers can still purchase economy-class tickets should they find the basic-economy restrictions a bit much.