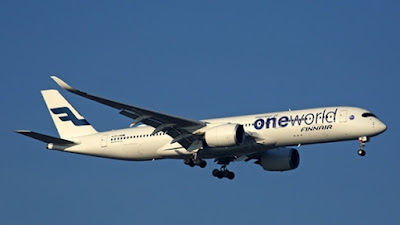 Finnair has denied media reports that it has plans to switch some of its Airbus A350-900 orders into the larger -1000 variant, a spokesperson in Helsinki confirmed to ATW.

The Finland flag carrier is the A350 launch customer with 19 of the type on order, all scheduled for delivery through the end of 2023. Qatar Airways, the launch operator for the A350-1000, is expected to receive its first of the type this year.

“We expect to add four A350-900s this year to our fleet to the existing seven aircraft we have,” the Finnair spokesperson said, confirming an August delivery schedule.

“With the expected arrival of four A350s in 2017, we are pressing ahead with our growth strategy, CCO Juha Järvinen said in a statement.

The carrier will also add frequencies on existing long-haul routes from Helsinki for the winter 2017 season: Services to Delhi will increase from 5X- to 6X-weekly; Bangkok from 14X- to 16X-weekly; Singapore from 5X- to 7X-weekly; and Hong Kong from 7X- to 10X-weekly.