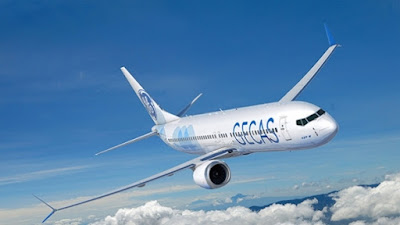 The new order increases GECAS’s order book for 737 MAX 8 aircraft to 170, the largest number of bookings for the model by any leasing company.

GECAS president and CEO Alec Burger said the CFM International LEAP-1B engines on these aircraft “deliver outstanding productivity and reliability in the single-aisle market.” The LEAP-1B is the sole-source engine for the MAX, which is scheduled to enter service in mid-2017 with launch customer Southwest Airlines.

The GECAS deal brings Boeing’s order total for 737 MAX aircraft to 3,419. As of November, the rival Airbus A320neo—another re-engined narrowbody—had received about 4,800 orders from 88 customers.


(Mark Nensel - ATWOnline News)
Posted by Michael Carter at 10:25 AM