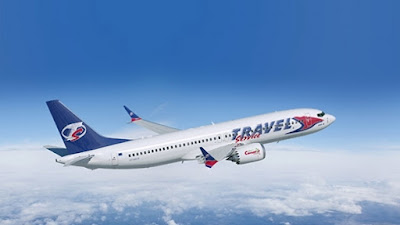 Travel Service, which is the Central and Eastern European launch operator for the 737 MAX 8, is scheduled to receive 30 direct-purchased and leased 737 MAX aircraft starting in 2018.

The company placed an order for three of the type at the Paris Air Show in 2013 and operates a mixed fleet that includes 32 737s.

The CFM International LEAP-1B is the sole-source engine for the MAX, which is scheduled to enter service in mid-2017 with launch customer Southwest Airlines.


(Linda Blachly - ATWOline News)
Posted by Michael Carter at 10:50 AM