Four unions representing 135,000 aviation workers had challenged the decision by arguing that Norwegian was avoiding labor laws through its unusual corporate structure.

But a three-judge panel of the D.C. Circuit Court of Appeals ruled that neither federal law nor international agreement allowed the department to reject an airline application, if the carrier satisfied the requirements. The department decided it did, in December 2016 after three years of internal debate.

The concern among U.S. airline unions was that Norwegian, a low-cost carrier, represented unfair competition because it could hire crews for lower wages. But the airline insisted the criticism was unfair because it was buying Boeing jets and hiring U.S. workers. 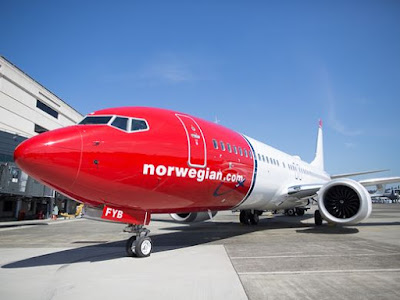 The unions had criticized Norwegian as a flag-of-convenience carrier comparable to a shipping company seeking the least government regulation. The complaint was based on Norwegian’s parent company Norwegian Air Shuttle incorporating the international subsidiary in Ireland, despite not being headquartered there.

“While we are disappointed, ALPA is no less determined in calling for the United States to enforce its trade agreements and ensure U.S. workers have a fair opportunity to compete internationally,” said Capt. Tim Canoll, who heads the union. “We will work with lawmakers to build on the already strong Congressional support for ensuring foreign airlines comply with U.S. trade deals and review this court decision and take appropriate action to defend U.S. workers’ jobs.”

The legal dispute centered on language in so-called Open Skies agreements that the U.S. negotiates with other countries to allow unhindered flights between them.

The unions argued that a provision in the agreement with the European Union states “opportunities created by the agreement are not intended to undermine labor standards,” which was why Norwegian was headquartered in Ireland.

But the department ruled there was nothing in the Open Skies agreement to prevent approval of the application.

For its part, Norwegian has strongly objected to being characterized as cutting corners on safety or labor regulations. The airline contends it will benefit economies on both sides of the Atlantic by ordering $18.5 billion of Boeing aircraft and hiring hundreds of U.S. workers.

“We welcome today’s decision by the D.C. Circuit, affirming the right of Norwegian Air International to operate to the United States,” said Anders Lindstrom, an airline spokesman. “This is a victory for consumers on both sides of the Atlantic.”

The three judges on the panel – David Tatel, Judith Rogers and David Sentelle – each wrote an opinion for a combined 19 pages of opinions supporting the department’s decision.

Tatel wrote for the court that despite arguments that Norwegian’s business model and labor practices weren’t in the public interest, nothing prevented the department from approving a qualified applicant.

The unions conceded at oral argument that the airline was fit, willing and able to provide the service, which meant that complaints about going against “public interest” were irrelevant, Tatel wrote.

Rogers wrote that unions could still push for labor standards at a joint committee under the international agreement.

Sentelle agreed with the court’s decision based on precedent, but wrote that he disagreed with an earlier decision that allowed the unions to challenge the department. Working from a clean slate, he wrote he would have dismissed the union’s complaint.