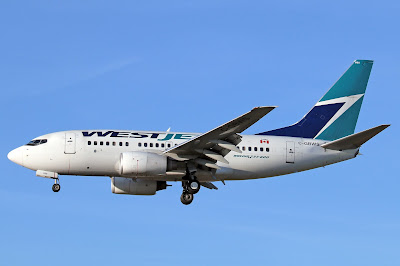 This somewhat rare aircraft (Only 69 built of this NG variant), arrives at Los Angeles International Airport (LAX/KLAX) on February 24, 2018. The aircraft was delivered to the carrier on April 28, 2006, ex-Boeing N1786B.