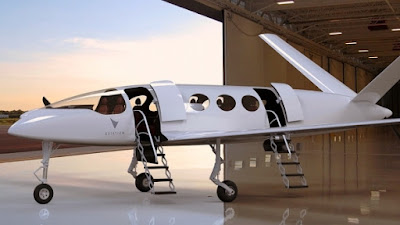 Eviation CEO Omer Bar-Yohay said Kokam supplies a “stable, safe, high energy-density” cell in a pouch form factor that allows Eviation to pack a large battery into the airframe of the nine-passenger Alice. Kokam supplied the batteries for the Solar Impulse 2, which flew around the world on solar power in 2015-16.

“We are claiming 1,000 km [540 nm] range so as not to over-promise, and the Alice will have that range from the get-go,” he said. Range will improve with battery technology but, “The first few aircraft will use Kokam batteries,” he said. To achieve that range, the battery will be tightly integrated into the structure and will make up about half of the aircraft’s weight. “[The pouch format] allows us to fit the dimensions of the cell to what we need to better optimize capacity,” Bar-Yohay said. “We are building a big battery so as not to over-stress it.”

“We are building the full-scale aircraft as fast as we can,” Bar-Yohay said. “We expect to test the drive-train by the end of the summer and the integrated system—batteries, motors and controllers with the fly-by-wire flight controls—within 2018. Flight test will be in late in 2018 or early 2019.”