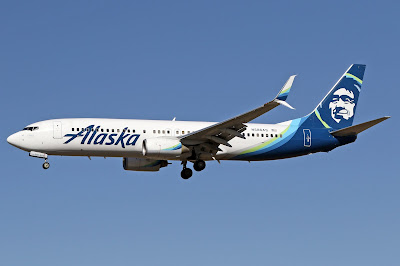 Shares of Alaska Air Group, Inc. have declined more than 2% ever since it released its traffic results for January 2018, last week. In the first month of 2018, the company’s consolidated traffic (measured in revenue passenger miles or RPMS) increased 3.5% to approximately 4 billion.

Consolidated capacity (measured in average seat miles or ASMs) also increased 6.6% to 5.2 billion. As capacity expansion outweighed traffic growth in January, load factor (percentage of seats filled by passengers) declined 230 basis points to 75.8%. The decline in this key metric was due to capacity over expansion which disappointed investors, thus leading to the stock price depreciation.

In first-quarter 2018, the carrier aims to expand capacity by around 8%. For the full year, the metric is likely to climb 7.5%. Consequently, load factor will be pressurized throughout 2018 at this Seattle, WA-based carrier in the event of traffic growth lagging capacity expansion.

In fact, Alaska Air Group is not the only carrier which is facing capacity relate issues. We remind investors that shares of United Continental Holdings, Inc. UAL also declined significantly in the last month, even after reporting better-than-expected results in the fourth quarter on issues related to capacity.

On the fourth-quarter conference call, the company stated that it will continue to expand capacity in a bid to maintain market share at major airport hubs to deal with competition from discount carriers like Spirit Airlines, Inc. SAVE. For 2018, United Continental’s capacity growth is projected between 4% and 6% year over year. The metric is anticipated to grow for 2019 as well as 2020.