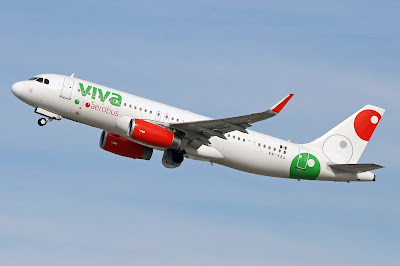 “For Viva Aerobus, this is a very significant announcement since we offer our customers a new contact window between two important cities and with the most competitive prices on the market. Thus, we become an ally for stimulating international commerce, business and tourism", said Gian Carlo Nucci, CEO of Grupo Viva Aerobus.

“Mexican history and culture are at the heart of our city's identity, and we share a closer economic bond with Mexico than with almost any other country on Earth,” said Los Angeles Mayor, Eric Garcetti. “This new flight from LAX to Guadalajara will help make our ties to Mexico even stronger, and I thank Viva Aerobus for its investment in our city.”

Los Angeles Convention and Visitors Bureau estimates that, due to this new route, approximately 18,000 tourists from Guadalajara will visit Los Angeles during the first year of operation. Additionally, they consider that tourists will contribute with an estimated direct spend of US $18 million in this US region.

"Many of the tourists that visit Los Angeles are Mexicans. With this new route, more and more people will be able to fly to this city thanks to our prices and to our offer that strengthens the international connectivity of our country, thus favoring the arrival of foreign tourists”, said Juan Carlos Zuazua, general director of Viva Aerobus.

“We are honored Viva Aerobus chose LAX as part of its expansion into the U.S. market,” said Deborah Flint, Los Angeles World Airports chief executive officer. “Angelenos will benefit from having low-cost flights to Guadalajara and more options to the major cities in Mexico and beyond.”

(Viva Aerobus Press Release)
Posted by Michael Carter at 11:37 AM