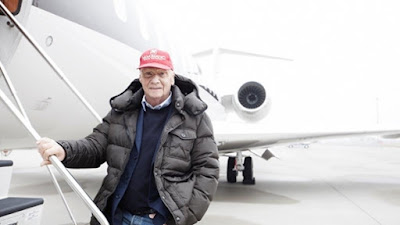 The Lufthansa Group has reached an agreement to take over NIKI, but the European Commission (EC) is seriously considering blocking that transaction over competition concerns. If the Lufthansa-NIKI deal is disallowed by regulators, Lauda and Thomas Cook Group could revive their bid for NIKI.

“Yes, our interest is there,” Lauda told ATW in Vienna. “I’m very interested and waiting to see what the European Commission does.”

Reuters reported Dec. 1 the EC, which is concerned about Lufthansa’s dominance as a result of the NIKI-takeover, has extended its deadline for a decision on the deal from Dec. 7 to Dec. 21.

Lufthansa has offered concessions to allay competition concerns, according to Reuters.

Lauda has long criticized the dominance of the Lufthansa Group in Austria. That dominance would become even more troubling if NIKI is integrated into Lufthansa’s LCC subsidiary Eurowings, Lauda said.

“If NIKI becomes part of Eurowings, the market share of the Lufthansa Group at Vienna in the morning peak-hours on routes to Germany and Switzerland will grow to 95%,” an industry source in Austria said.

“We, as the Lufthansa Group, are investing millions of euros into NIKI to keep their operations going” until the takeover closes and are eager to see the deal cleared, a Lufthansa Group executive told ATW.

Theo Thanner, the head of Austria's competition authority, said the EC is well aware that if the deal between Lufthansa and NIKI is blocked, more than 800 jobs at NIKI would be in jeopardy.


(Kurt Hofmann - ATWOnline News)
Posted by Michael Carter at 9:35 AM