How the Boeing jet no one wanted became the plane airlines scour the planet for! 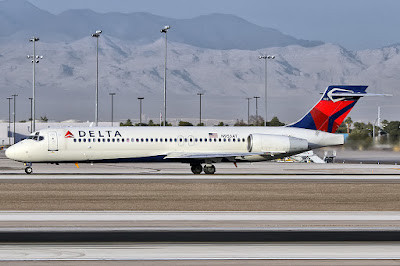 **A decade later, the airlines that operate the 717 want more of them.

On May 23, 2006, Boeing delivered the last two 717-200 jetliners to customers at its Long Beach, California factory. It marked to the end of a program filled with promise but that had ultimately failed to capture the interest of airlines. Even Boeing's well-oiled sales operation could only manage to muster up 156 orders for the little 100-seat, short-haul-airliner.

Currently, the 717 is operated primarily by four airlines; Delta, Hawaiian, Qantas, and Spanish low-cost carrier Volotea. With 91 of the planes in its fleet, Delta is the by far the type's largest operator.

Incredibly, a decade after being axed from Boeing's lineup, airlines are scouring the planet looking for available Boeing 717s.

"These guys keep begging me to give them more 717s," Dinesh Keskar, Boeing's senior vice president of sales for the Asia Pacific and India, told Business Insider. "But that era over and it's not going to happen."

So how did a plane Boeing couldn't sell become an aircraft that airlines can't get enough of?

The difficult life of the 717

Well, there are several reasons, but first some background. Even though the 717 carries both the Boeing name and company's signature 7X7 naming scheme, it's not actually a Boeing. Rub on that Boeing logo with a brillo pad and some soapy water and you'll soon find the words McDonnell Douglas imprinted on the plane.

In 1997, Boeing acquired its long-time rival McDonnell Douglas for $13 billion. At the time, McDonnell Douglas produced the MD-11 widebody and the MD-80/90 narrow-body. Soon after the merger, Boeing phased out all of MD's commercial airliners. But, it spared a new variant of the iconic DC-9 airliner called the MD-95 that was set to enter service in 1999. (The MD-80/90 were also variants of the DC-9.) To make it fit better into the Boeing's portfolio of products, the MD-95 was rebranded the 717-200.

Even though it carried the Boeing name, it was still a plane designed and engineered by a different company with differing thinking and philosophies. Thus, the 717 was an orphan that didn't belong to any of Boeings product families.

For airlines, there's great financial incentive to have aircraft of varying sizes and roles being operated by the same crew and serviced by the same maintenance teams using the same spare parts. There's a whole of synergy there.

Even though the McDonnell Douglas DC-9/MD-80/MD-90 still served as the backbone of many major US airlines like American, Northwest, and Delta, none of the big boys would take the bate. In fact, when American acquired Trans World Airlines in 2001, it sold off all of its 717s.

During the turbulent days of the early 2000s, the airline industry was reeling from the terrorist attacks on 9/11 and spiking fuel prices. Which means many of the 717's potential customers were either in no financial position to buy any planes or were dumping its aging MD fleet in favor of more fuel-efficient planes like the Boeing 737NG or the Airbus A320.

Interestingly, the people who did buy the plane loves them.

"They're brilliant aircraft. Anyone who has them wants more of them," Qantas CEO Alan Joyce told Business Insider.

"It's great little secret. For what we do here in Hawaii, there's no better aircraft built today or even on the drawing board."

Delta CEO Ed Bastian also praised the 717 for its durability and reliability during a recent interview with Business Insider.

The rebirth of the 100-seat airliner

As with many things in life, what is old is new again. As the airline industry recovered, demand for air travel boomed while investors ratcheted up the pressure to lower unit costs. The solution; upgauging to bigger planes.

As a result, Boeing and Airbus both neglected the 100-150 seat market in favor of bigger, pricier, and higher margin models.

While this was happening, another little phenomenon happened in the airline industry, the regional jet. During the 2000s, Bombardier's CRJ and Embraer ERJ made their presence felt in a big way by offering small 50-70 seat regional jets that allowed airlines and their regional partners to serve routes traditionally operated by turboprops with jets.

Over time, airlines began to upgauge their regional jets with mainline aircraft. That's where the 717 jumps back into the picture.

With around 100-130 seats, the 717 is the perfect size aircraft to take over for regional jets. In fact, Boeing used to market the 717 as the "Full-size airplane for the regional market."

"Even the regional operators didn't the like them cause they are losing money on it because we had the contracts screwed down pretty low," Bastian added.

With the addition of AirTran Airways' fleet of 88 717s following the low-cost carrier's acquisition by Southwest, Delta was able to drop 200 regional jets from its fleet.

Unfortunately, for Delta or anyone else looking to their hands on a batch of 717s, they are pretty hard to come by. Delta currently operates roughly 60% of all 717s ever made while Qantas and Hawaiian, the second and third largest operators, have no plans to relinquish their planes anytime soon. And while Volotea's said that they will replace their 17 717s with Airbus A319s, there still aren't that many of the 100-seaters out there.

That's where a plane like the Bombardier C Series, now under Airbus control, comes into the picture. The CS100 is of a similar size to the Boeing 717, but much greater range and fuel efficiency.

According to Bastian, Delta's long-term plan is to eventually replace the airline's older 717s with the 75 CS100 jets it has on order.

Two decades after it first flew, the Boeing 717-200 is still going strong. Even though Boeing didn't sell many of them, those that did buy the 717 can't get enough of them. That's a sign of a great plane.


(Benjamin Zhang - Business Insider)
Posted by Michael Carter at 11:26 AM