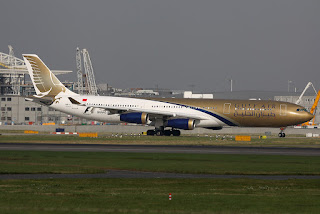 The Bahrain-based airline initiated a major reorganization in December 2012 to cut crippling losses, reduce aircraft and staff, upgrade its Airbus A330 long-haul fleet and focus on high-frequency, point-to-point travel on its core Middle East routes.

Restructuring of its operations is continuing, following an 85% reduction in losses over the past three years, it said. The carrier turned in a loss of BD62.7 million ($166 million) for 2014, but nevertheless hailed the deficit as its best result for a decade—an indication of how severe its financial problems had been over recent years.

The airline said the results of its latest quarterly passenger survey until the end of September 2015 showed a 31% rise in positive comments from passengers and a 6% drop in complaints compared to the same period in 2014.

“Significantly, the passenger feedback reflected the positive impact made by Gulf Air’s cabin crew performance including appearance, responsiveness and availability … while also revealing an increase in popularity and positive feedback on the airline’s [frequent flyer] Falconflyer Program.”

The most significant reasons behind passengers choosing Gulf Air were: most convenient departure/arrival time (49%), nonstop flights (31%), lower fares (31%) and good value for money (26%).

The carrier added that, over the past year, it had increased the number of flights operated by around 1,000, despite having a significantly smaller fleet than three years ago. Its focus on connectivity means it now operates double daily (or more frequent) flights to 10 regional cities, as well as services to the Indian sub-continent and Europe.

“These results are further testimony to our continuous efforts towards improving our customer service across all fronts,” said acting Gulf Air’s acting CCO Ahmed Janahi. “We have embarked on an aggressive revamping of our products and services over the past year that has received excellent feedback from customers.”

Having heavily pruned its route map as part of its rationalization, it is now adding back destinations and in September was reported to be in talks with Airbus over a major re-fleeting exercise.