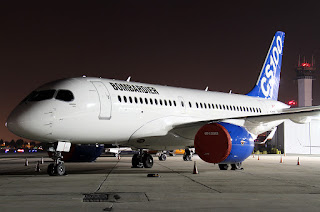 Officials from Transport Canada, the U.S. Federal Aviation Administration and the European Aviation Safety Agency granted their respective qualifications following final inspection of the simulator and training device at Bombardier’s training center in Montréal, the manufacturer said on December 22.

Transport Canada granted type certification of the CS100 on December 18, clearing the way for its entry into service with Swiss International Airlines early next year.

“Our teams have been working diligently to achieve the qualifications for the CS100 aircraft training devices and we are delighted that the three regulatory authorities approved [them] in quick succession,” said Todd Young, Bombardier Commercial Aircraft vice president and general manager of customer services.

Young added that 95 percent of technical publications for the CS100 are complete and available to operators through an online portal.