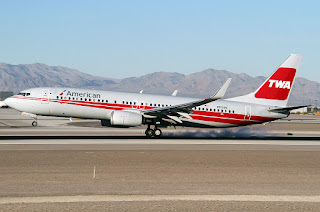 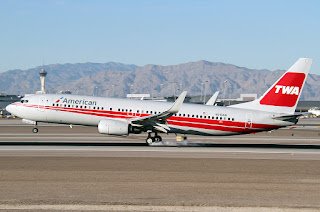 Touchdown no. 2.
Arrives at Las Vegas McCarran International Airport (LAS/KLAS) from Chicago-O'Hare International Airport (ORD/KORD) on December 18, 2015. The crew performed a fantastic landing but for some reason following the first touchdown became slightly airborne again coming back down smoking the mains on Rwy 25L a second time. I am not complaining as I enjoyed the chance to get two smokin' shots.
(Photos by Michael Carter)
Posted by Michael Carter at 12:33 AM