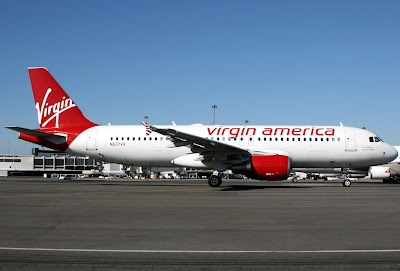 The VX order, which was officially signed at the end of 2010 and formalizes and expands on an MOU reached at last summer's Farnborough International Airshow, also marks Airbus's 10,000 aircraft sold. VX has yet to announce its engine choice.

“At just three years old and at a time when many carriers are contracting, we’re pleased to be growing and bringing our award-winning service to new markets,” said VX President and CEO David Cush.

Airbus President and CEO Tom Enders told media, “We hit our 5,000th order in August of 2004—after more than 30 years. To achieve the 10,000th order just over six years later is a ringing endorsement of our product line.”

Virgin Group Founder Richard Branson said that Virgin affiliated airlines are “committed to investing in the next generation solutions that will make air travel more sustainable … The A320neo will help us get there, by lowering costs and reducing our impact on the environment.”