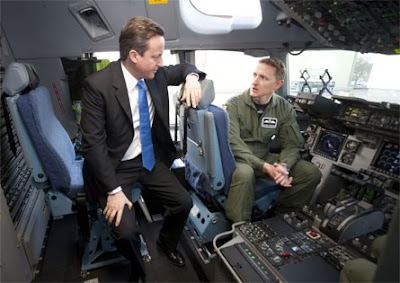 The UK Royal Air Force has marked the introduction to service of its seventh and last Boeing C-17 strategic transport during a ceremony attended by Prime Minister David Cameron.

Performed at RAF Brize Norton on 21 January, the event followed the UK's acceptance of aircraft ZZ177 at Boeing's Long Beach site in California last November, and its arrival in the UK on 14 January.

Joining six C-17s delivered to the RAF's 99 Sqn since May 2001, ZZ177 will provide airlift services including supporting the service's "airbridge" between the UK and Afghanistan. The Ministry of Defence says the transport “has been declared ready for operations and will start flying troops and equipment to the frontline at the beginning of February”. 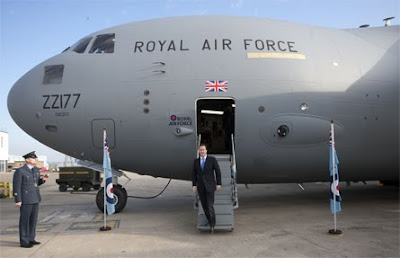 The RAF and Boeing had planned to host a general media facility to welcome the aircraft at Brize Norton, but this was abandoned within less than 24h of the event to allow only local press to attend. The service's transport super-base falls within Cameron's parliamentary constituency of Witney, Oxfordshire.

The C-17 fleet will from late this year be joined at Brize Norton by the RAF's first of 14 Airbus A330-200-based Future Strategic Tanker Aircraft. The base will also eventually house 22 Airbus Military A400Ms, with the type to be named the "Atlas" in UK service.